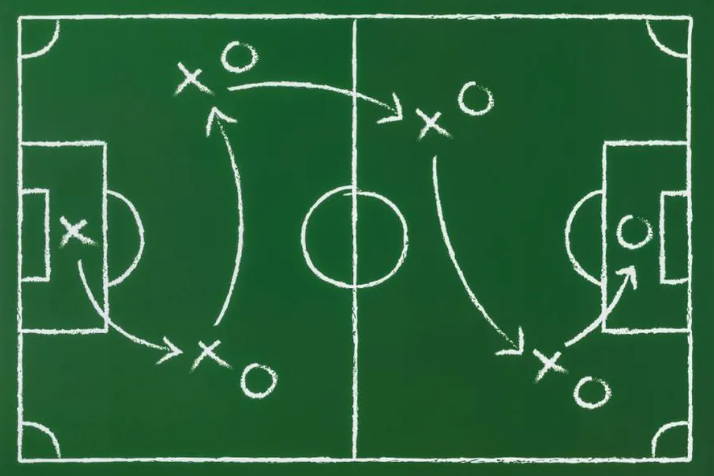 What Are Soccer Formations?

There are three basic formations of soccer: the flat back four, the back three, and the diamond. Each formation in soccer has a different placement for players on the field. It is important to know the different formations to be the best overall soccer player.

The Flat Back Four Formation:

This is one of the most used formations of soccer and consists of two center backs playing next to each other and two outside fullbacks on the flanks. This formation in soccer is best used when you have very good defenders who can keep strikers from scoring while also being able to pass accurately to midfielders.

The fullbacks will stay out wide most of the time, while the center stays up front by themselves, which can lead to a lot of long balls played in their direction. This formation is often used by teams that want to defend more than attack.

The Back Three Formation:

This formation of soccer is one of the best in terms of attacking. There is a three-player line of defense, with wing-backs on either side. They are responsible for pushing forward in attack, but then dropping back to defend when their team doesn’t have the ball.

This formation is best used when you don't have as many good defenders or when your team wants more possession of the ball since there are more players in midfield. Having three defenders also means that one of them can always be upfield helping the other midfielders or strikers. This formation in soccer often leads to a lot shorter passing and is used by teams that want to control the game more.

This formation is best used when you have very good attacking players since it puts them all in one place. The diamond formation requires your center forward to stay up front while your two wingers and two central midfielders play as close together as possible.

This formation can easily turn into a back four if needed since there are so many defensive-minded players in the team. This formation is often used by teams that want to score goals quickly and usually ends up with a lot less possession than the back three formations.

Soccer Crate is the #1 soccer subscription box and makes the best soccer gift for the soccer player or soccer fan in your life! You can get 6-8 soccer-themed accessories, apparel, and training aids, along with snacks delivered right to your door.

This is the best soccer gift for anyone who enjoys playing soccer!