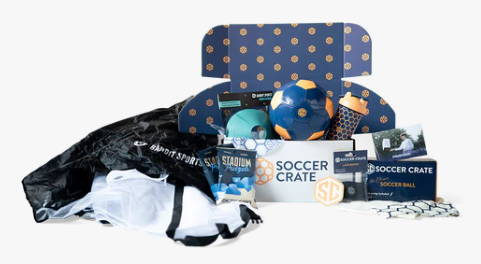 Soccer, also known as football, is a popular sport that has a long and rich history. The game is thought to have originated in China, and it is said that the first ever soccer match was played in England in the 12th century.

Since then, the sport has grown in popularity and is now enjoyed by people all over the world. Soccer is played at a professional level in many countries, and it is also a popular sport for people of all ages to enjoy recreationally.

In the United States, soccer is one of the most played sports at the youth level. Many children grow up playing soccer, and it is a popular sport in colleges and universities as well. Soccer is also a popular spectator sport, and there are many professional teams that people can follow and support.

Soccer is a relatively simple game to understand and play, which may be one reason for its popularity. Two teams compete against each other by trying to score goals using any part of their body except their hands. The game can get somewhat aggressive , but the rules are typically enforced to keep things fair. Soccer is a fast-paced and exciting sport that can be enjoyed by people of all ages.

There are many recreation and club leagues for players of all ages. These leagues typically follow the same rules as professional soccer, but they may be less competitive. Soccer is also a popular sport to watch, and many people enjoy attending live matches or watching them on television.

The game of soccer is governed by an international body called FIFA, which sets the rules for the sport and organizes major tournaments such as the World Cup. The World Cup is the most prestigious soccer tournament in the world, and it is held every four years.

Soccer is a great way to stay fit and active, and it can be played in a competitive or recreational setting. Whether you are a casual player or a professional, there is a place for you in the game of soccer.

Whether you are a player or a fan, soccer is a sport with a long and fascinating history that is sure to continue for many years to come.

Soccer Crate is a great option for soccer players and enthusiasts, and brings you a different themed crate every quarter. Each Soccer Crate contains 6-10 unique items, and can include soccer training aids, gear, snacks and apparel. Soccer Crate is something for your soccer player to look forward to each quarter, especially when the items inside can help with their training!