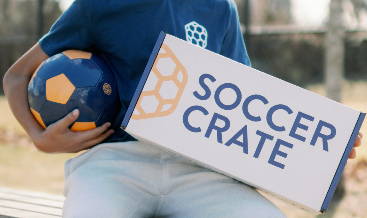 How long is a soccer game?

When was soccer invented?

When was soccer invented? The game of soccer dates back centuries, but the rules and regulations we know today were codified in England in 1863. The English Football Association is the oldest existing football association in the world.

How many players are on a soccer team?

How many players on a soccer team? A regulation soccer team has eleven players. This includes the goalkeeper. There are typically several substitutes on the bench that can be used throughout the game.

What is a red card in soccer?

What is a red card? A red card is given to a player who has committed a serious infraction, such as violent conduct or a dangerous tackle. A player who receives a red card is ejected from the game and cannot be replaced.

What are the dimensions of a soccer field?

What are the dimensions of a soccer field? A regulation soccer field is one hundred yards long and fifty-five yards wide.The field is divided in half by the halfway line. The penalty area is eighteen yards wide by forty yards long. The goal area is six yards wide by eighteen yards long. The game of soccer is played with a round, inflatable ball. The ball must be inflated to a pressure of between eight and ten pounds per square inch.

What country invented soccer? The game of soccer dates back centuries, but the rules and regulations we know today were codified in England.

Who is the best soccer player in the world?

Who is the best soccer player in the world? This is a difficult question to answer as there are many talented soccer players in the world. Some of the best include Lionel Messi, Cristiano Ronaldo, Neymar, and Kylian Mbappe.

What is offsides in soccer?

What is offsides in soccer? Offside is a rule in soccer that says a player cannot be in the opposing team's half of the field unless there are at least two defenders between him and the goal. This rule prevents players from hanging around near the goalie and scoring easy goals.

What country has won the most World Cups?

There are so many interesting facts and trivia regarding the game of soccer. If you are a big fan of soccer, it is not simply enough to play it, you want to know everything that you can about it.

Soccer Crate makes the best soccer gift for fans of the sport. This quarterly subscription box is a great gift for soccer players because it delivers awesome soccer gear right to your doorstep.